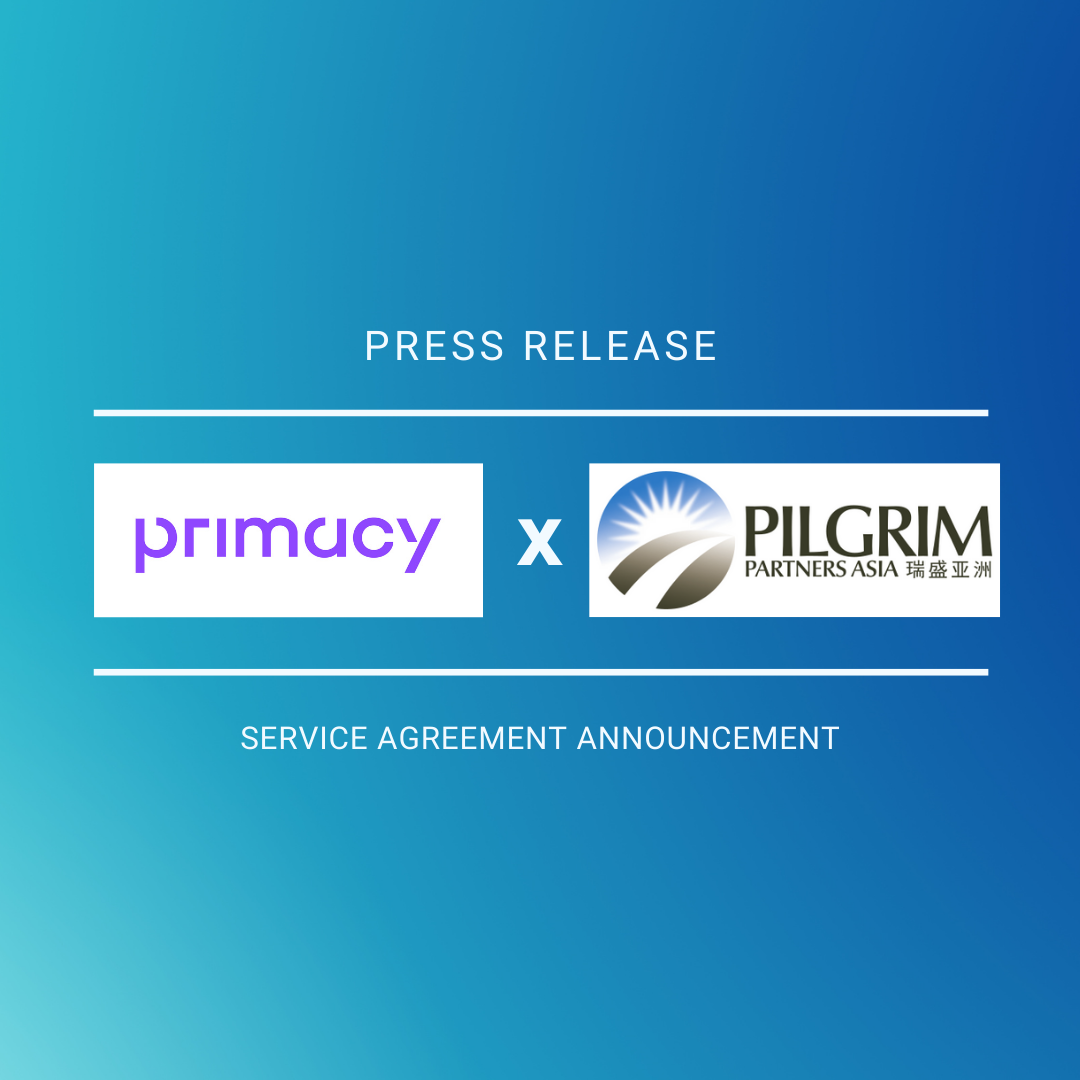 Primacy announced an agreement with Pilgrim Partner Asia (PPA) to provide the Primacy GRC platform to support their business operations and their funds under management. PPA holds a Capital Markets Services (CMS) licence with the Monetary Authority of Singapore (MAS). The agreement is for Primacy to roll out their Primacy GRC platform across PPA’s fund platform which includes some 20 funds in multiple asset classes. In addition to the platform, Primacy will integrate existing KYC providers, DocuSign documents and HR software providers such as BambooHR.

Primacy has developed a patent pending technology which utilises their own markup language called OPTML. OPTML allows legislation to be converted into code, making legislation machine readable to create rules that can be used to build legislation driven applications for financial and regulatory compliance.

Global RegTech spend is expected to exceed $204bn by 2026, which will account for 50% of all regulatory compliance spend for the first time according to a new report from Juniper Research, representing a growth of more than 200% over the next four years.

Regulators around the world are also paying close attention to RegTech spending. Last year the UK’s Financial Conduct Authority (FCA) commissioned research into the sector and found 43% of those surveyed saw increased demand for RegTech. The FCA’s survey also found 95% of businesses which use RegTech were satisfied with it.

In April 2021 the MAS announced a$42m commitment to spur adoption of technology solutions for risk management and regulatory compliance. By offering various grants to companies that are licensed under the MAS, including insurance firms, they hope to encourage companies to pilot new technology before adopting and integrating new solutions to full scale implementation and integration of GRC processes.

Aga Manhao, Primacy’s founder and Managing Director said, “We are very excited to be working with PPA. From our very first meeting, it was clear both companies had a strong desire to improve the current state on regulatory compliance in Singapore through technology which would allow PPA to scale much quicker, reducing onboarding times and optimise the way the company deals with regulatory filings.

Albert Ee, Founder and CEO of PPA,  a well-known veteran in Singapore’s hedge fund industry said, ”Whilst the industry evolves in step with new developments in digital assets, regulators need to be assured that licenced fund managers are willing to embrace RegTech as a means of sustaining good governance in achanging market.”

“Financial firms who are willing to take the initial pain of embracing RegTech will be the ones seen as having higher “trust Currency” by clients and Regulators. Pilgrim is looking forward to this challenge,” added Kevin Ho, PPA’s COO and the project change management coordinator.

Primacy is a Singapore based technology that helps companies navigate heavily regulated environments in a constantly changing world by closing the gap between legislation, regulations and company’s obligations and how they are applied in business operations.

Primacy does this by utilising their patent pending technology called OPTML, which is a markup language they invented.  OPTML allows legislation to be converted into code which allows machines to be able to read it and create rules that can be used to build legislation driven applications for financial and regulatory compliance. Primacy has clients in Singapore, Australia, and South Africa.

Pilgrim Partners Asia(PPA) holds a Capital Markets Services (CMS) licence with the Monetary Authority of Singapore (MAS). As a Fund Management Platform, they have more than 20 funds in different strategies and asset classes and have extensive experience setting up funds. They were founded in 2009and are proudly Singaporean owned and run.

To find out more about Primacy please contact us at hello@primacy.co

Primacy helps companies navigate heavily regulated environments in a constantly changing world by closing the gap between laws, regulations, and company's obligations and how they are applied in business operations.

Curious in what we are doing?
Check out our products.